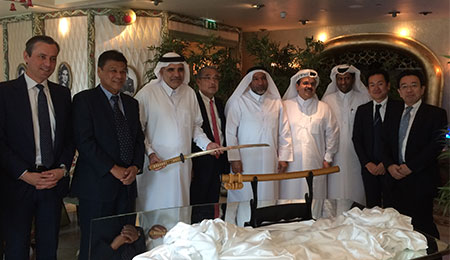 On April18, 2017, TTCL join the “RAF A3 INAUGURATION CEREMONY”. The attended by The Prime Minister and Minister of Interior, Minister of Energy and Industry and many dignitaries as well as representatives of the companies involved in the construction of the plant.

Ras Abu Fontas A3 Project was awarded to the Mitsubishi Corporation and TTCL Public Company Limited. It was the first plant utilizing Reverse Osmosiswith the capacity of supplying 36 million gallon per day.