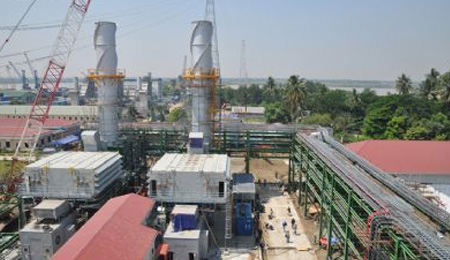 Stated by President & CEO of TTCL, Mr. Hironobu Iriya, that after obtaining the Memorandum of Agreement from Ministry of Electric Power of Myanmar, the plant was started in November 2012 and was now able to be operated partially after five months of construction. Upon completion of the first stage the plant could be operated at 40MW and to be followed with another 40MW for the second stage which the plant full capacity would be at 120MW.

TTCL has viewed investment in Myanmar as a lucrative business prospect as Myanmar stands to become a prominent player in the region. Therefore its expansion moves to set up its subsidiary, Toyo Thai Power Myanmar Company Limited, in 2012 and develop the power plant in Ahlone, accommodating for the rising electrical power consumption in Yangon.

Video presentation for this opening ceremony is shown in http://youtu.be/jQfhZZxM9Do